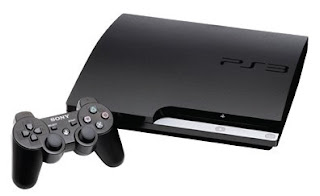 Right now at Target, when you purchase a PS3 160 GB console, you’ll receive a $50 gift card!  Hurry though, quantities are limited and this offer ends on November 6th.

The PS3 system is now slimmer and lighter than ever before. While the form factor may have changed, the PS3 system still comes with free access to the PlayStation®Network, built-in Wi-Fi, and hard disk drive storage for games, music, videos, and photos. Plus, the PS3 system is the only gaming console with a Blu-ray player to give you the best high-definition viewing experience on your television. With five times the capacity of standard DVDs, Blu-ray discs gives you more realistic and immersive gameplay that can only be possible on the PS3 system with games such as Gran Turismo® 5, Uncharted 2: Among Thieves, and MAG.