There are so many awesome movies hitting the theaters this year! We are HUGE fans of Disney’s PLANES that came out last summer… so imagine our excitement when the sequel PLANES: FIRE & RESCUE was announced! Today I’m excited to share with you super fun activity sheets that include both mazes, coloring sheets, games, and more. I’ve already printed and given the coloring sheets to my toddler. He is have such a blast with Dusty and friends. 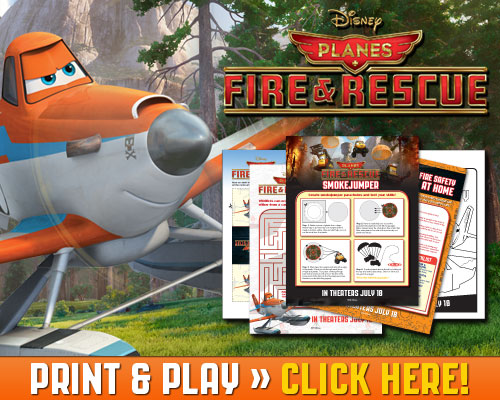 Disney’s PLANES: FRE & RESCUE will hit theaters July 18th! I’m sure it is going to be a great family film, just like the last one. Just click the button above and start printing away to get in on all the fun PLANES action in anticipation for the upcoming film.

The new trailer for the film is out now on Yahoo! Watch it below:

Don’t forget to connect with PLANES on Facebook and Twitter! Be sure to track all the Planes fun with the hashtag #DisneyPlanes. PLANES: FIRE & RESCUE opens in theaters on July 18, 2014!

Want to learn more about this awesome film franchise? Check out our PLANES tag here on MommaRambles.com! We are big fans of Dusty and his friends and are always happy to feature them here on the blog.

I was provided this information as a blogger via Walt Disney Studios. All opinions are my own.