While I attended an expense paid trip by Disney to the Monsters University Premiere, all opinions are 100% my own.

I’m sure with all my postings you know by now that I was able to attend the Monsters University World Premiere in Hollywood back on June 17th. Guess what? This movie is now out TODAY!! So I certainly hope after reading this review, you decide to head on over to your local theater for a viewing.

Monsters University serves as a prequel to the 2001 hit Monsters, Inc. Yes, it’s been 12 years since the comedic duo graced the big screen. While I want to tap my foot and say to Disney Pixar “What took you so long!?!?“, I am beyond thrilled to finally see my favorite Monsters again. Both John Goodman and Billy Crystal returned to voice James P. Sullivan (Sulley) and Mike Wazowski. The film gives you a glimpse of how Sulley and Mike came to meet one another and form the hilarious and endearing friendship you see in Monsters, Inc.

Let’s just say in the beginning of the film, Mike and Sulley aren’t exactly friends. Okay, they aren’t friends at all and kind of annoy each other! Mike is more of the goody-goody know it all, while Sulley is more of the egotistical and lazy type, just riding on the Sullivan name. It isn’t long before their competitive nature against one another gets them both kicked out of the School of Scaring. It is then that these two find themselves having to work together to win the Scare Games to get back into the scaring department. Get it? Got it? Good! Now onto why you really need to see this film…

END_OF_DOCUMENT_TOKEN_TO_BE_REPLACED

While I attended an expense paid trip by Disney to the Monsters University Premiere, all opinions are 100% my own.

By my lucky stars and Disney’s generosity, I attended the Monsters University World Premiere and Tailgate earlier this week on June 17th. To say the experience was amazing is a complete understatement. If anyone knows how to put together a fabulous premiere event, it is Disney and the El Capitan Theater! Twenty-four other bloggers and I arrived on the Blue Carpet decked out in Monsters University’s school colors, royal blue and white. Given that blue is an MU color, the red carpet was absent and replaced with a fun BLUE carpet for attendees to walk.

The carpet was decked out with MU signage everywhere! You truly felt like you were getting ready to walk onto campus going underneath the big MU Stone Arch. Surrounded by gothic-style gates, the event planners really hit the nail on the head with the design and elements of the blue carpet area. As I walked into the Tailgate section, I loved how it took me back to my “Spring Fling” University days where vendor tents were set up all over the place!

END_OF_DOCUMENT_TOKEN_TO_BE_REPLACED

Hi everyone! As you know I attended the Monsters University Premiere last night in Hollywood! So here is a tiny sneak peek of the Tailgate and Premiere!

While I’m attending an expense paid trip by Disney to the Monsters University Premiere, all opinions are 100% my own.

Happy Father’s Day! Want to send some Disney fun to the father in your life? Check out these two ecards from two of the most anticipated Disney family films of the summer: MONSTERS UNIVERSITY and PLANES. Be sure to save them and pass them on!

Don’t forget to connect with MONSTERS UNIVERSITY on Facebook and Twitter! This film will be released worldwide on June 21st.

Also be sure to check out PLANES on Facebook and Twitter too! This film hits theaters later in the year on August 9th. 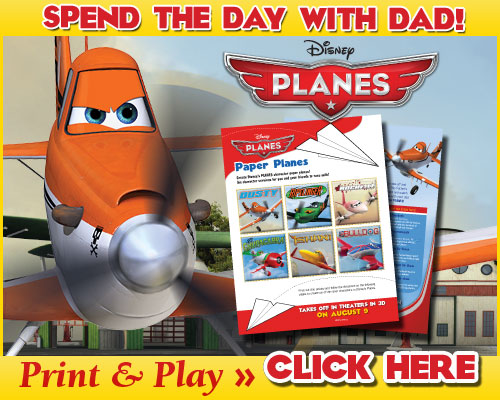 Just a quick reminder! Tomorrow morning I leave for Los Angeles to attend the Monsters University Premiere! I hope you follow the #MonstersUPremiere hashtag follow along on my adventure. You can connect with me on Twitter (@AshBG) and on Instagram (@ashb4211). Also be sure to check out the #MonstersU and #DisneyPlanes hashtags for even more Disney summer film fun!

Happy Father’s Day!
Are you doing anything special for the dad in your life today?

I can’t believe just 6 more days until I’m on a plane flying out to Hollywood to attend the Monsters University Premiere! Want to follow my adventures in Hollywood and all the fun pre-trip chat? Make sure you connect with me on Twitter (@AshBG) and on Instagram (@ashb4211). I’ve been chatting it up with my fellow 24 other bloggers and would love for you to join the conversation!

Speaking of Instagram… have you checked out the #MonstersUPremiere hashtag lately? Here are some of my more recent Monsters University related photos that I’ve posted! Can you tell I’m excited? LOL!

Last night I received the Celebrity Guest List of those attending the Monsters University Premiere! Keep in mind these are the only ones who have RSVP’d so far. If other invitees are anything like me, they will wait till the very last minute to commit! (Note: I updated the RSVP list on 6/16/13) Check it out:

Now my BFF wants me to snag a photo with ESPN’s Desmond Howard (and get him a personalized autograph). Which celebrity do you think I should try to talk Monsters University with at the #MonstersUPremiere?