I received this information as a blogger for Walt Disney Publications. I was not financially compensated and all opinions are my own. 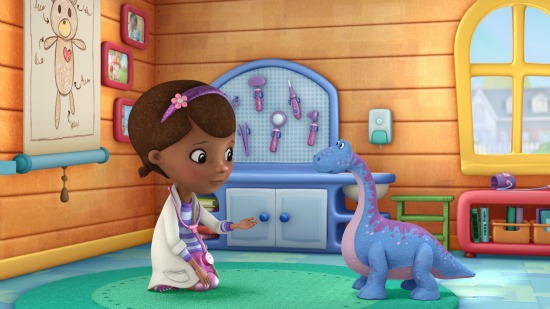 My son has been on quite a Disney Jr. kick lately. I’m sure you’ve seen me post that Jake and The Neverland Pirates is his favorite, but Henry Hugglemonster is quickly becoming a hit in our household. Another one of his favorites is DOC MCSTUFFINS! I think he loves seeing all the toys come to life and as a mom I love what the show teaches about compassion and other lessons that are great for toddlers.

In just a few days, starting April 12, Disney Junior will invite all its fans to vote for their favorite DOC MCSTUFFINS toy character! Voting will take place at DisneyJunior.com/Doc. You can vote for Hallie, Lambie, Stuffy or Chilly! Disney will reveal which toy received the most votes on May 3 during the premiere of a brand new episode! Speaking of which…

Be sure to catch the newest DOC MCSTUFFINS episode “Bronto Boo-Boos / Brontosaurus Breath” on May 3, at 10:00 AM EST/PT over on Disney Channel. In this episode, a new toy dinosaur named Bronty learns all about the importance of brushing his teeth, as well how lessons in playing with little ones who are smaller than him. Afterward, be sure to watch a special DOC MCSTUFFINS marathon of episodes highlighting the winning toy! This is a must-see for any DOC fan! Especially if your favorite toy wins. 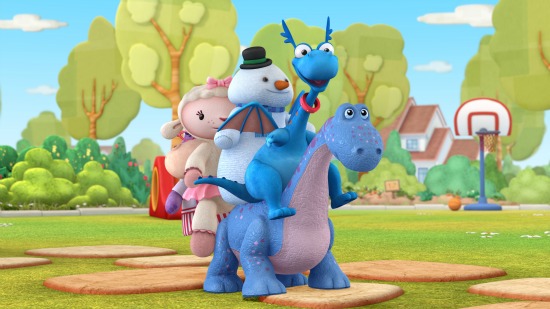