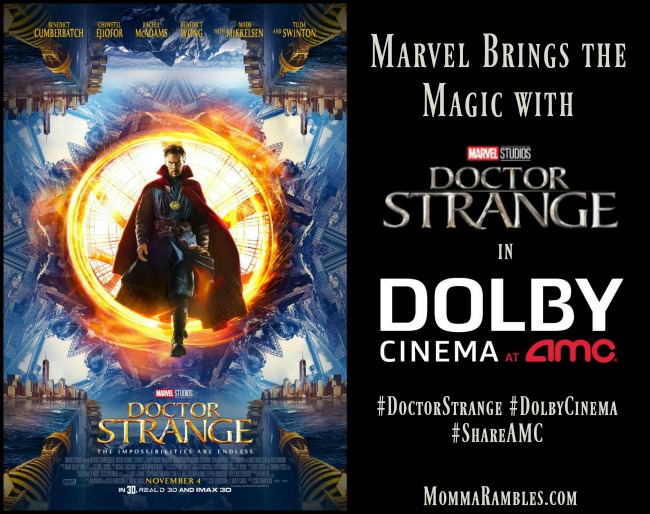 Last week I posted about how Marvel’s DOCTOR STRANGE is coming to Dolby Cinema at select AMC locations. I’m so excited that another character is entering the Marvel Cinematic Universe (MCU)! Finally Doctor Strange made his big screen debut the other day. This is definitely a movie you don’t want to miss as it is made for big screen viewing, especially in Dolby Cinema!

So before I get into thoughts on DOCTOR STRANGE, let me chat a little bit about how incredible Dolby Cinema makes movie-viewing. If you’ve never experienced it before, you are missing out! The theater is absolute state-of-the-art as soon as you walk in. 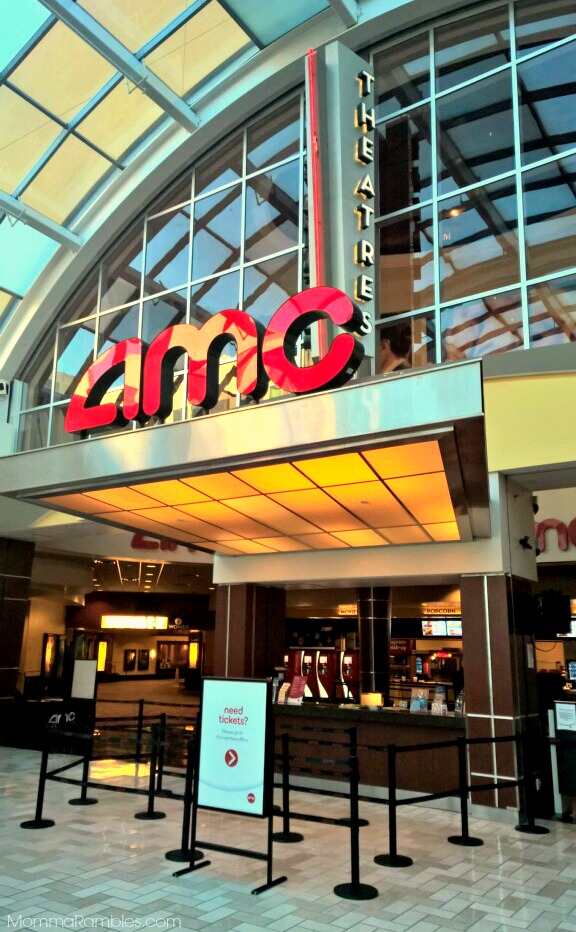 From the ticket kiosks to all the upcoming movie displays to even the snack bar. Yes I love that the snack bar offers such an amazing selection.  You will find the classic options of popcorn, soda, and candy, while other options include pizza, hot dogs, or even mozzarella sticks!  As for my son, it’s always convenient to grab him a Kids Combo Pack. His popcorn, drink, and candy are all in one easy carrying tray. 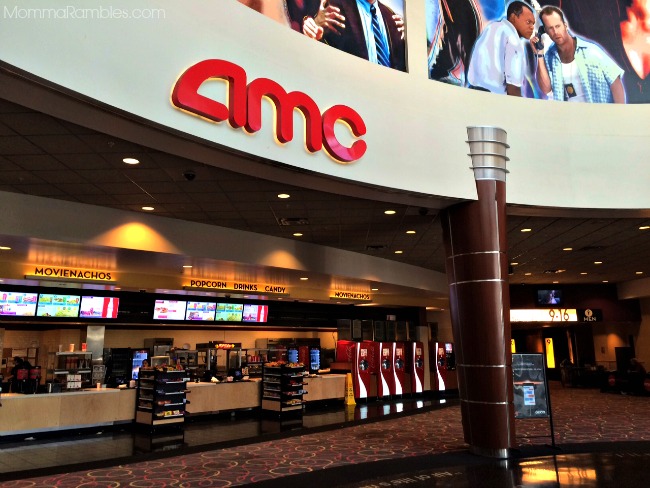 Know what’s really cool about this theater too? You can order your food and drink ahead of time thanks to the AMC app! Order and pay through the app, and then your food will be awaiting for you at the counter. No waiting in lines! Just pick up the food at the express counter. And once you get to your seats, you’ll have a handy food and drink holder right there at your seat!

When you arrive at the theater this weekend, be sure to check out all the cool DOCTOR STRANGE displays!

At this screening, they were giving out limited edition DOCTOR STRANGE posters and screening badges on lanyards. How cool is that? Definitely another perfect to attending Dolby Cinema screenings! 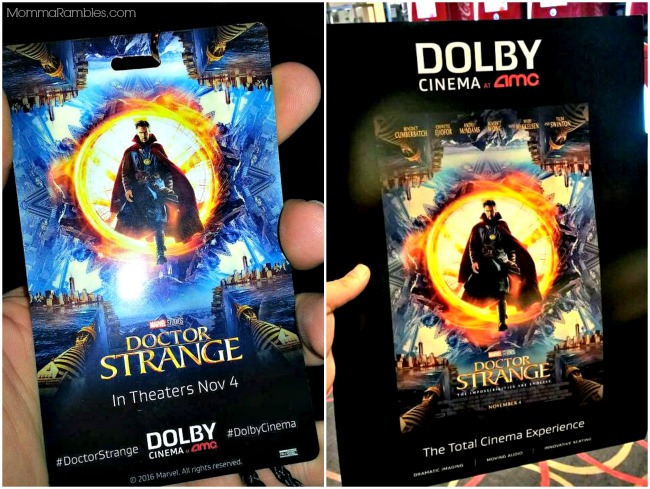 I experienced the Dolby Cinema Stadium seating before when I went to go see THE JUNGLE BOOK and FINDING DORY earlier this year. Still always a treat! I just love that there is so much leg room provided. Plus can’t go wrong with having seats that recline with a leg rest.

All you have to do is just use the easy control buttons by your seat to adjust the comfort. Definitely a nice touch to what Dolby Cinema at AMC has to offer.

Plus I love that the seats are actually in sets of two. You can then pull up the seat divider and enjoy a “loveseat” size couch. This is perfect in case you are out on “Date Night” enjoying a movie, or have a tired little one who wants to curl up with you. It’s the perfect comfort and atmosphere to enjoy the vivid images and spectacular sound thanks to Dolby Cinema!

Earlier this year, Marvel kicked off Phase 3 with their summer blockbuster hit CAPTAIN AMERICA: CIVIL WAR. While the film was filled with familiar faces, we were introduced to characters new to the MCU as well. Now here we are with DOCTOR STRANGE, who is certainly an old fan favorite in the comics, but a new face in the MCU. What is unique and different about this character and his story, is that it mixes the iconic Marvel superhero world, with a bit of fantasy and magic. While Doctor Strange may be a lesser known character in the grand scheme of Marvel, his background is a unique one, that will be sure to entrance audiences!

The film stars Benedict Cumberbatch, Chiwetel Ejiofor, Rachel McAdams, Michael Stuhlbarg, Mads Mikkelsen, and Tilda Swinton. In the beginning we meet Kaecilius (Mikkelsen), a former student of the mysterious sorcerer, the Ancient One (Swinton). Betraying his mentor, he steals the text of a forbidden ritual. The chase scene pulls you into the movie right away! You’ll be on the edge of your seating wanting to see what will happen next.

The story then jumps to our protagonist, Stephen Strange (Cumberbatch), an acclaimed (but quite arrogant) surgeon. Sadly his career is ended when he’s in a horrific car accident. As he is no longer able to use his hands, he sets out on a “healing journey” to Nepal. It’s not long before he himself encounters the Ancient One. She then decides to mentor Stephen in the craft of mystic arts, where he learns to bend time and space, and enter new dimensions among other things. Through his new abilities, he becomes the Sorcerer Supreme!

Strange finds support during this new chapter of hi life with Mordo (Ejiofor) and Wong (Wong). As Strange grows strong, he discovers the conflict that arises when Kaecilius summons Dormammu, the “ruler of the Dark Dimension.” Fun fact… Cumberbatch actually provided the voice and motion-capture performance for Dormammu! Without giving too much away, destruction begins and it is now up to Doctor Strange to save humanity. 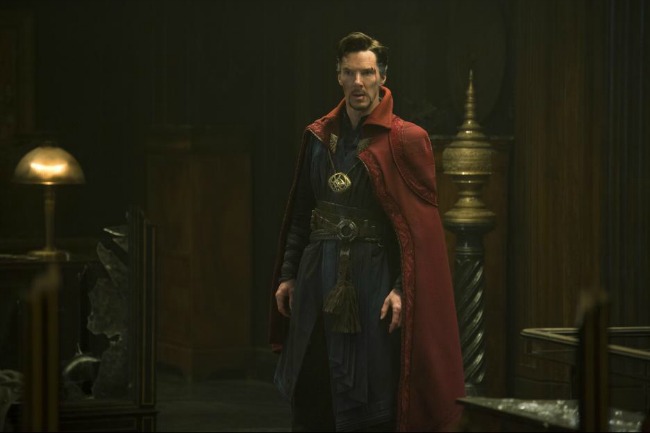 In the movie, you’ll spot familiar relics and artifacts from the comic. I love that in DOCTOR STRANGE, the filmmakers gave the Cloak of Levitation a personality so to speak. It’s quite an enjoyable aspect of the movie that the Cloak serves as a supporting character. You’ll get a few chuckles from a few of the Cloak’s gags during the film.

Now let’s chat a little bit about the differences in this film vs. the comics. Obviously, as you can tell with casting, the Ancient One is quite different in the film. Swinton is amazing as her character! She is such a chameleon in the roles she portrays. While Marvel confirms the Ancient One is a woman in this new adaption of DOCTOR STRANGE, Swinton brings the right androgynous aspect to the role, giving her character an even more mysterious presence.

As for Mordo, yes we are used to seeing him with a villainous side in the comics. In this film? Well I guess you’ll have to see DOCTOR STRANGE for yourself to see if Mordo stays an ally, or becomes the enemy. Again, I don’t want to give too much away. However I will say that Mordo is definitely a character to keep your eye on in the Marvel Cinematic Universe. I can’t wait to see how his character plays out if he appears in future films.

Other aspects that really jump out in the film are the special effects and art direction. They are insane! Well, in a good way insane. You’ve seen the buildings bending and world turning in the trailer. However there are many more scenes that are nothing like you’ve seen before in other Marvel movies! The filmmakers definitely pay homage to the comics with the art direction for the alternate dimensions.

As with every Marvel movie, be on the lookout for mid- and post-credit scenes. I can’t stress enough how important these scenes are in the MCU! You will definitely want to stay and watch! Yes there are Easter Eggs in the film, and yes Stan Lee makes his cameo as always.

As with other movies in the MCU, this film is rated PG-13. There is some violence, but it is more in the “mystical” and fantasy-like sense. It’s different from movies like CIVIL WAR, where the violence is more realistic. However there are a few hand to hand fighting scenes (think INCEPTION meets MATRIX meets CRIPPLED AVENGERS). The car crash may be intense for very young viewers, as are some of the hospital scenes.

I must say though. this movie is definitely a must-see!

Hopefully one of those locations is near you!

Will you see DOCTOR STRANGE this weekend?

I received financial compensation via Dolby Cinema in exchange for this post. All options and thoughts expressed are 100% my own.

This website uses cookies to improve your experience while you navigate through the website. Out of these, the cookies that are categorized as necessary are stored on your browser as they are essential for the working of basic functionalities of the website. We also use third-party cookies that help us analyze and understand how you use this website. These cookies will be stored in your browser only with your consent. You also have the option to opt-out of these cookies. But opting out of some of these cookies may affect your browsing experience.
Necessary Always Enabled

Performance cookies are used to understand and analyze the key performance indexes of the website which helps in delivering a better user experience for the visitors.

Analytical cookies are used to understand how visitors interact with the website. These cookies help provide information on metrics the number of visitors, bounce rate, traffic source, etc.

Advertisement cookies are used to provide visitors with relevant ads and marketing campaigns. These cookies track visitors across websites and collect information to provide customized ads.

Other uncategorized cookies are those that are being analyzed and have not been classified into a category as yet.

SAVE & ACCEPT
Text and Images copyright of Maryland Momma's Rambles and Reviews.