Guess who is coming back to the movie theaters on September 14th, 2012? That’s right! Nemo, Marlin, and Doory are back for an adventure, only this time in 3D!

Academy Award®-winning Best Animated Feature “Finding Nemo” returns to the big screen for the first time ever in thrilling Disney Digital 3D™. In this stunning underwater adventure, with memorable characters, humor and heartfelt emotion, “Finding Nemo” follows the comedic and momentous journey of an overly protective clownfish named Marlin (voice by Albert Brooks) and his son Nemo (voice by Alexander Gould)––who become separated in the Great Barrier Reef when Nemo is unexpectedly taken far from his ocean home and dumped into a fish tank in a dentist’s office. Buoyed by the companionship of Dory (voice by Ellen DeGeneres), a friendly-but-forgetful Pacific regal blue tang, Marlin embarks on a dangerous trek and finds himself the unlikely hero of an epic effort to rescue his son––who hatches a few daring plans of his own to return safely home.

Check out the trailer for Finding Nemo in 3D! 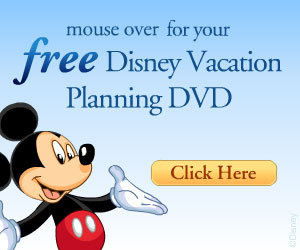 Honestly, there is no place more magical than a Disney Theme Park!  In my 20 something years, I’ve been to Walt Disney World in Orlando Florida over 10 times, and will continue to go as long as my body lets me.  I was just 4 years old on my first trip!  During my last trip there, I was 23, and immediately felt like I was 4 again seeing the Magic Kingdom for the first time.  Whether you’re a kid or an adult, you are bound to fall in love with the magic of Disney!  Experience the magic yourself and sign up to receive your FREE Disney Parks Vacation Planning DVD!