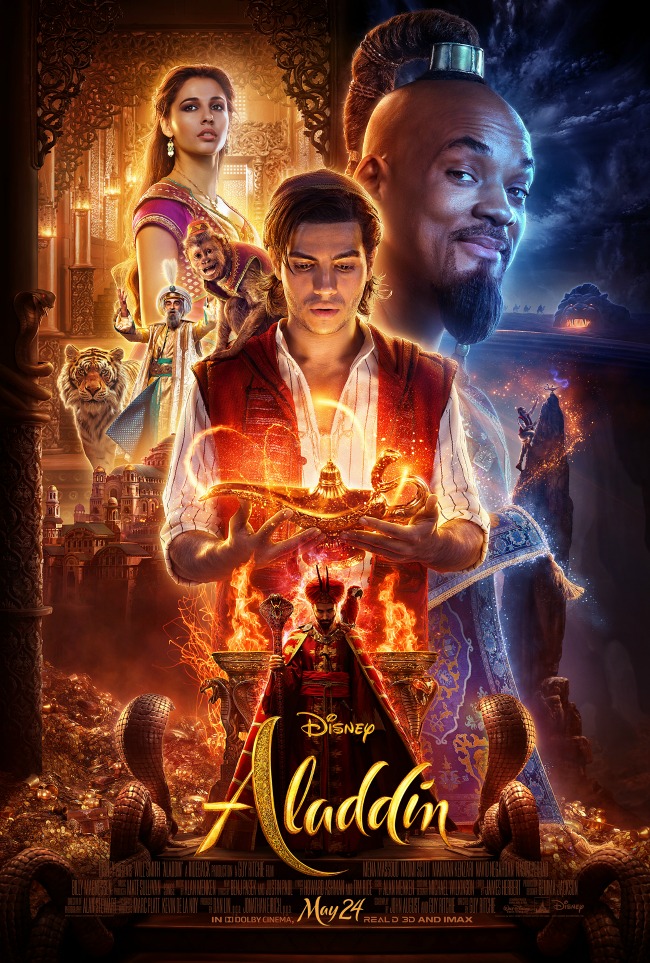 Well isn’t this a wonderful Tuesday morning surprise! The *NEW* trailer for Walt Disney Studios’ live action ALADDIN just hit the internet! Plus we were also gifted a new poster for the film. Based on the 1992 animated classic, this is one film we’ve been psyched about for 2019!

A thrilling and vibrant live-action adaptation of Disney’s animated classic, “Aladdin” is the exciting tale of the charming street rat Aladdin, the courageous and self-determined Princess Jasmine and the Genie who may be the key to their future. Directed by Guy Ritchie, who brings his singular flair for fast-paced, visceral action to the fictitious port city of Agrabah, “Aladdin” is written by John August and Ritchie based on Disney’s “Aladdin.”

Let’s go ahead and jump right into the trailer!

The film stars Will Smith as the Genie; Mena Massoud as Aladdin; Naomi Scott as Jasmine; Marwan Kenzari as Jafar; Navid Negahban as the Sultan; Nasim Pedrad as Dalia and Billy Magnussen as Prince Anders.

I think my favorite part of the trailer is that we finally hear a few tidbits from some of the animated feature’s songs!! I think the new “Friend Like Me” (I think the CGI magic carpet looks pretty good!) and “A Whole New World” actually on point. Alan Menken once again scores the live action version of ALADDIN. There are new recordings of the original songs written by Menken and lyricists Howard Ashman and Tim Rice, who both worked on BEAUTY AND THE BEAST. There will also be two new songs written by Menken and lyrics by Oscar and Tony Award®-winning songwriters Benj Pasek and Justin Paul (of LA LA LAND fame). Can’t wait to hear those songs! 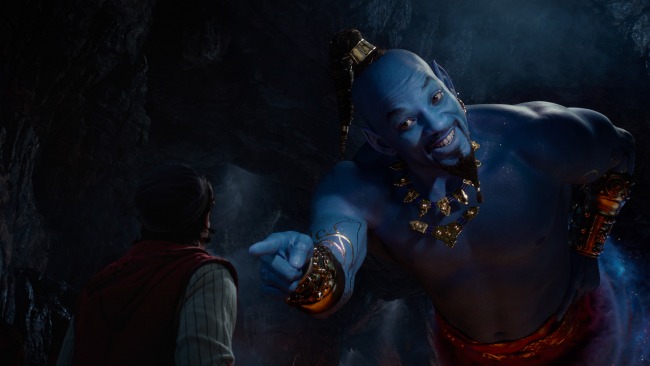 By the looks of the trailer, we will get some of the same classic scenes we saw in the original animated ALADDIN (like Jasmine and Aladdin flying on the magic carpet!). Though not everything will be the same. The live action version will feature not just the new songs, but also new characters! 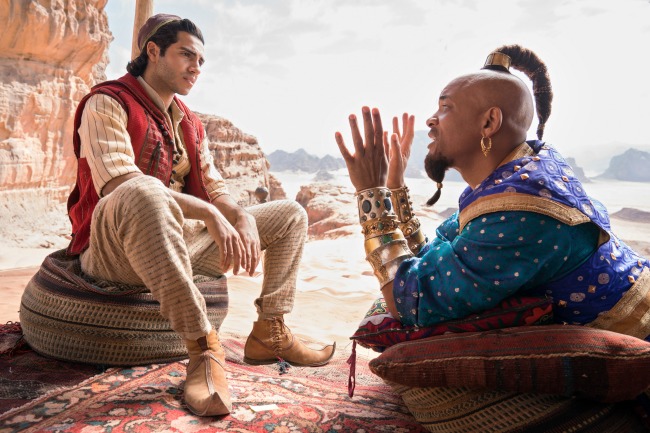 Don’t forget to connect with the film on Facebook, as it flies into the theatres on May 24, 2019.

What do you think of the ALADDIN trailer?

I received the above information as a blogger via Walt Disney Publications. All opinions are 100% my own.